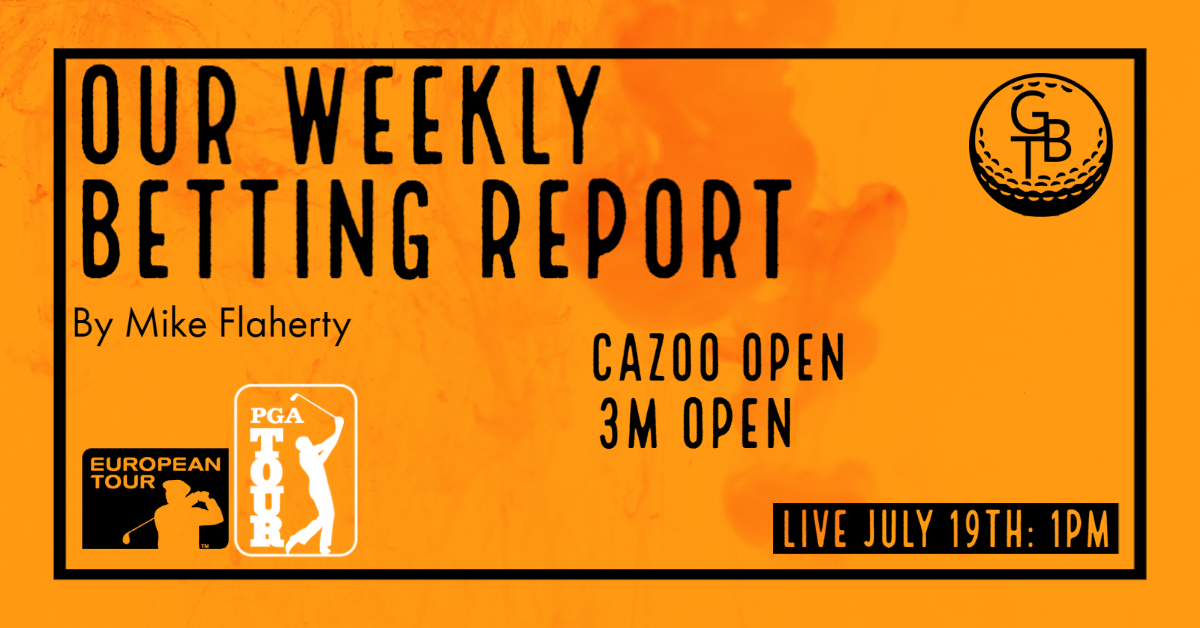 Built to stage The 2010 Ryder Cup, the first course to be built specifically for golf’s greatest team tournament, The Twenty Ten measures a robust 7,493 yards off the back tees and has a par of 71.

With water hazards on half of its holes, the course has six signature holes and presents many more memorable tests and risk-and-reward dilemmas. One of the features of the spectacular course is its variety with many of the earlier holes having a links-like feel with long rough and greenside swales, before the middle section reveals the full extent of the lake-lined challenge.

A tough finishing stretch culminates in a real sting in the tail at the 18th.

In June 2021 it was announced that Cazoo would become the new title sponsor for the 2021 edition. It was part of a multi-year partnership with the tour which included the title sponsorship of the English Open as well. It was later announced that the 2021 event would be backed by Welsh International and Real Madrid footballer Gareth Bale.

Innovative design and a reverence for nature are the hallmarks of truly great golf courses, and TPC Twin Cities’ outstanding championship golf course is no exception.

Palmer’s signature beach bunker on the 7th hole, elevated greens and four expansive native area bunkers add to the unique character and strategic diversity of the course, which many TOUR players consider the best layout and conditioned course on PGA TOUR. While challenging enough for the best players in the world during the 3M Open, multiple tees on each hole enable golfers of all abilities to enjoy the subtle nuances and intricate design features that have earned Palmer acclaim as one of the world’s most respected golf course architects.

Going to kick off Conner here this week. This course should be set up to his liking and will be a perfect fit for the young scot.

The game is getting there and after watching him play at the Gran Canaria Open, the team saw plenty to be excited about and feel he will be winning his first ET Tour title and reckon here will be the best place for him to do that.

Boxes that he ticks to win around here are:

Winner on the Challenge Tour at the Turkish Airlines back in 2019 beating the likes of Matt Jordan, Nicolai Hojgaard and Marcus Armitage, beating Francesco Laporta in a play-off.

Oh yes and his record at this event has been played twice and managed two top ten’s.

He could put in a solid four days here and could be picking up silverware come Sunday.

Well I am going to stick with the young scot again this week. When he put that ball out of bounds from the tee I thought that was it another blown week by out tip on the final day. I was wrong he made an amazing bogey on that hole which showed so much he has come in the world of golf.

He dug deep and got us a great place in the end so feel he is buzzing with confidence right now and should carry that on here this week.

This course will favour good strokes gained iron play and there is no one better out there right now then him, well Morikawa J.

When we caught up with his caddie in Cyprus last year he went through his distance control routine with us from two hundred yards in. This course sets up very similar where the event and green staff can set up the holes very different every day with so many different teeing area options. So being dialled in will be a must and he is more than capable of that.

We caught up with Adrian at the BMW International he felt the work he has been putting in on his fitness is now starting to really pay off. I actually have designed some core strength routines for him and his team and he has also started to work more on the mental side a lot more.

The recent results this season show that this new process seems to be working well for him:

If you take his three European Tour wins they are all very similar golf courses and with some of his best results being in either Scotland or Wales.

He has played this event three times and made the cut three times so ready to push on for another win this week.

There are plenty around this sort of price that we could have gone for but we all decided it would be Jack ahead of the rest. Based on his recent form and still waiting for his break through win on the European Tour, this place could be again a perfect fit for Jack.

He has taken quite a while to get going this season and every stat in the book is weaker than this time last year, apart from a slight improvement on his stroke average.

We saw quite a lot of his golf at the Open last week and what an opening round of 67 to finish round one in a tie for fourth place. Celtic Mannor will be playing a lot easier than last week so feel his game will be setting up plenty of birdies and he could be going very low here.

Let’s hope he gets out the blocks early like last week and makes the cut then who knows what will happen.

This could be our NAP of the week bet here with Charl.

Having played at the Barbasol last week he has not had to do too much traveling, so will be fresh and ready for action.

Since the Players Championship he has only missed the one cut which is one of his best runs he has been on for quite some time.

Top twenty at the US Open was my best watch of the Charl from old, having started slow he had one of the best scoring weekends.

He is one of these players that has really suffered with the pandemic and has affected his golf and life outside over the past couple of years. This has seen him drop from a top thirty in the world player to just outside the top two hundred at the start of 2021. He has now crept back inside the top one hundred and feel the win could be very soon.

I really liked what I saw of Cameron last week at Royal St Georges. He had a good week finishing just outside the top twenty five.

The team picked up on his greens in regulation play last week which was quite low compared to what we are used to seeing on the PGA Tour from him, I feel this week we can see this improving and setting up a lot more birdies.

Another thing we also liked the look of was his pace putting from off the green and some very long distance putts, he never really looked like three putting.

His Par three scoring has also been noted as another selling point for me and the team this week. He could go low here so fingers crossed he could get the job done.