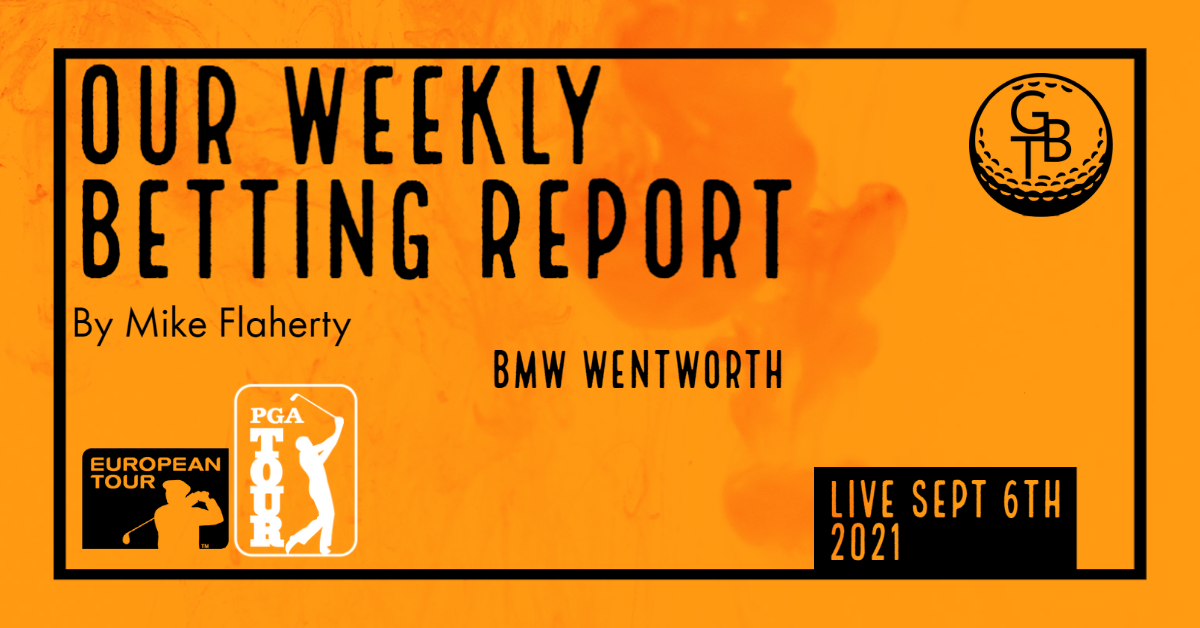 MIKE'S PICKS FOR THE WEEK

Wentworth Club has been known as the home of golfing champions since the precursor to the Ryder Cup was played here in 1926. Many more famous Championships have been held at the Club since, with the greatest professionals of the modern golfing era winning on Wentworth’s hallowed courses. Members and their guests are free to play all three of our magnificent golf courses and the privilege of walking in the footsteps of champions every day.

The west course greens are the first in England to benefit from SubAir technology, controlling moisture levels regardless of weather conditions and keeping greens firm and fast.

THE WEST COURSE OVER THE YEARS

Harry Colt designed Wentworth’s famed West Course in the 1920s. Some 80 years on it was felt that some of the original shot values had been lost and that the course did not play as Colt intended it. Thus in October 2005 began an extensive programme of restoration and modernisation, in consultation with Ernie Els Design, that was completed in 2017.

The first and second phases involved extensive re-bunkering and hole lengthening where appropriate. The Ernie Els Design changes blended successfully with the original Colt design and ensured that this great course remained a test for the best players in the world and yet was also still fun for Club members and visitors. This work was completed in 2007.

In 2009 Wentworth then announced a third phase of major work, again to be carried out in consultation with Ernie Els Design, in which all 18 greens and greens’ surrounds were re-built to USGA specification to ensure they perform to the absolute highest standards. This construction work would also address long-standing settlement issues and improve drainage to help disperse water more efficiently to the perimeters of the greens.

The final phase of work was completed in 2017, prior to the staging of the European Tour’s flagship tournament the BMW PGA Championship, and was led by Ernie Els Design in collaboration with renowned consultants European Golf Design. The two parties also worked closely with an advisory team, which included Thomas Bjørn, Paul McGinley and David Jones, representing the views of the Tour players, and Wentworth’s Director of Golf Courses & Grounds, Kenny Mackay. Attention was focused on the greens, greens’ complexes and bunkering.

All 18 greens were stripped of the old turf and re-seeded with a new creeping bent, which improves the appearance and playability of the putting surfaces. Many were either rebuilt or partially rebuilt and, crucially, a new sub-air system was installed to help make them play firmer and faster. New irrigation and drainage was also introduced. In addition, a further review of the bunkers was undertaken. As a result, all bunkers were redesigned and reconstructed, with 29 bunkers removed from play.

Ernie concluded, “We believe this final phase of modernisation and renovation helps more closely realign the course with Harry Colt’s original vision, whilst also being mindful of the demands of the modern game; that’s always a delicate balancing act. All in all, the completion of this project is great news for Wentworth, for BMW and the European Tour, and obviously for the players and the fans who love to come here every year.”

OUR PICKS FOR THE WEEK

Top of the bill this week is our old pal Shayne boy!!!

Of course being one of the favourites here this week and you can see why. He has always managed to bag us some cash over the years.

His last win was the Open Championship back in 2019 and it’s only a matter of time before he gets another win under his belt. He played very well at the PGA Championship finishing in a tie for fourth place that week. In fact his performances overseas have been so solid and seems to always raise his game at the bigger events against the world’s best.

One of the main reasons I know he likes and plays well at Wentworth is his short game which has to be on point around here. There are not many playing this week that have a better short game so this should save him a few shots. Another thing the team have already seen this week is that he has been working hard on his putting grip and looking at him on the practice greens this week it looks to be paying off.

Banker for the WEEK. (NAP)

We have played this guy a few times over the years and he has never really got the job done for us.

I believe this could be the week, he is playing some of his best golf right now and has managed three top five finishes in his last six starts so could be a great each way play here.

No matter what the player, I am a firm believer that experience and playing around Wentworth is key to winning here or working out the best place to leave yourself. I have played around here many times over the years and having being able to play here last month, I can say I sort of mastered the West Course I was +3 going out but managed a -4 back nine to end up one under for the day.

The greens were slow and the rough was getting there, it will be a totally different test this week however. We followed Mas around Monday and he is great at plotting around a golf course which is what you need to do here. It’s not a bombers track you will need feel around the greens and a solid iron game and he has this covered.

He could go low this week.

I have had a few people following him lately on the Korn Ferry Tour.  He had a great Boise Open and followed that up only last week at the Korn Ferry Tour Championship where he finished in third place. It just shows you the depth of the game these days, being a top fifty in the world player and playing some of his best stuff.

He loves the West set up and a course he putts well on so I feel he has a good week and could better his third last finish here in 2019. Could be a great cash out value pick as well moving into the weekend.

As I said earlier the West demands respect and helps to have course experience and they don’t come more experienced than Henrik this week. He has been finding his game over the past year and after watching him over the past month I have liked the look of his game and he is well up from being back here.

His previous results here over his past three visits have been 7TH/3RD/17TH. Since 2011 he likes to take a break from playing here because in all honestly he never really liked the set up and the changes to the course over the years, but since 2014 he now has come to love the place as is proven with the results.

Defo one to watch around here and will have a large following I am sure and could be a well-deserved winner come Sunday evening.

Branden is a steel at 40’s this week. Could be a big mistake by the bookies here so we are all over this.

We were with his group at the Memorial back in June and we were amazed he never won that. His closing 71 did not help him that week but could have been more like a 67 just a few close putts on another day would drop in.

He then followed that up with a very good show at the US Open with yet another top ten finish. But his best golf this year had to come from the Wyndham with rounds of 66/69/64/66 only to end in a tie for second. He will win soon this is a fact and no better place to get on him than now.