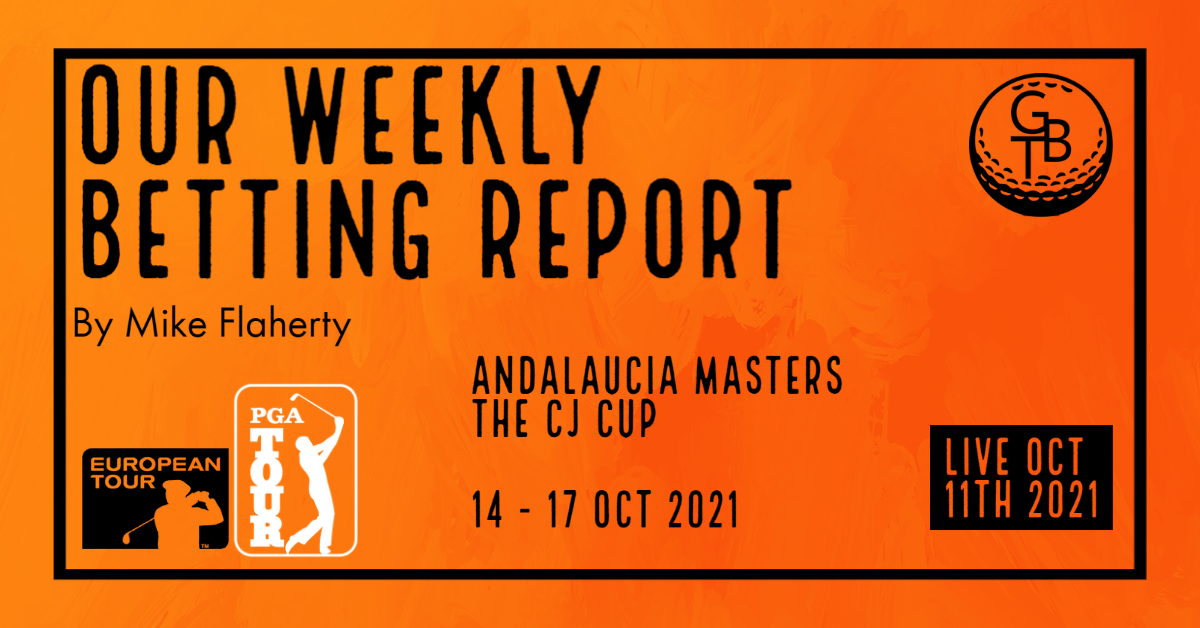 The Andalucía Masters is a golf tournament on the European Tour. It was first played in 2010 at the Valderrama Golf Club in Soto Grande, Spain. It is played at the same location as the former Volvo Masters. The 2012 competition was cancelled, only a month before the event was due to start, as the new local government wished to cut costs. The event did not return until 2017, when it was hosted by 2011 champion Sergio Garcia, who had hosted the Open de España at the same venue in 2016.

The Real Club Valderrama is one of the best known golf clubs in the world. It is located in the resort of Sotogrande, San Roque in the Andalusia region of southern Spain, a few miles from Gibraltar, and has a single 18-hole course, along with a 9-hole par 3 course.

Valderrama was constructed in 1974 as “Sotogrande New,” to the designs of leading American golf course architect Robert Trent Jones. Renamed “Las Aves” in 1981, it was acquired by Jaime Ortiz-Patiño in 1984. The golf course was redesigned and expanded by the original architect and became “Valderrama.”

By 1999, Valderrama was rated the top course in mainland Europe by Golf World magazine. The practice ground was called the best in Europe by Nick Faldo.

The fourth hole, La Cascada, is the course’s signature hole. It is a par 5 with a pond to the right of the two-tiered green.

Before the 2016 Open de España, three national teams of four players tried to complete La Cascada in the fastest time. The French team of Raphaël Jacquelin, Alexander Lévy, Grégory Havret and Romain Wattel took four shots to complete the hole in 34.87 seconds, breaking the previous Guinness world record by half.

The CJ Cup is a professional golf tournament on the PGA Tour. The tournament was played for the first time in October 2017 at the start of the 2017–18 season, and is sponsored by CJ Group.

The first three editions were played at the Nine Bridges Golf Club on Jeju Island, South Korea.In 2020, the tournament was moved to Shadow Creek Golf Course in North Las Vegas, Nevada as part of a Las Vegas Swing in October; the move was due to COVID-19 pandemic travel restrictions. In 2021, plans to return to South Korea were abandoned with the tournament remaining in the Las Vegas area, but moving to The Summit Club in Summerlin.

The Summit Club: Enhancing Discovery Land Company’s portfolio of award-winning golf courses across the nation, The Summit Club will offer the pinnacle of golfing in Las Vegas. Using design elements unique to its locale, the 18-hole Tom Fazio-designed course will offer a dramatic and exciting element to the Summerlin experience.

Designed by one of the world’s preeminent golf course designers, Mr. Fazio participates in only the finest projects, including nine of Discovery Land Company’s 18 clubs. In creating his courses, Mr. Fazio honours a commitment to quality as well as the unique character and natural beauty of each setting. He gracefully melds the golf course into the natural terrain to give golfers of all abilities an exciting challenge and a sense of tradition. The 18-hole championship course at Summit will perfectly reflect the Fazio philosophy.

Top Man Alvaro has made our betting report once again if you remember the team picked out Quiros at 150/1 where he won the Rocco Forte Open back in 2017. Very nice winner.

Why does Mike and the team fancy his chances back here this week?

He is coming into some consistent form late after a couple of missed cuts at the BMW and the Italian Open. He has gone 27TH at the Dunhill Links and then last week at the Open de Espana another cut made finishing in a tie for 39TH.

I like his chances and feel this course will suit him very well this week. He still booms it odd the tee and his putting has improved a lot since 2020, he could go very low and if he starts well we could be picking up yet another big odds winner.

Worst case if he turns up should be a great place bet and maybe if you want some extra value look into the Top 10 Top 20 bets.

This guy has so much talent I was amazed to see him so far down the world rankings.

Similar to Quiros he is another player who just seems to be peaking at the right time to play him here this week.

Another young star coming out of South Africa he won the Dimension Data Pro-Am on the challenge tour this year. Still finding his feet on the ET but he has come close a couple of times to picking up his first win at the Joburg Open and also the English Championship.

He will win it’s just a matter of time, he had a great week last week and was close to the top for driving distance which came as no surprise. Again with anyone it’s the putter that has not been playing ball but from what we have seen over the past couple of weeks with him it is surly changing and he has got hot with the flat stick in Spain.

If there was ever a course primed for Harding this would be it. We got here yesterday and the greens are some of the best of the year and we know who has been one of the best putters over the past couple of years on the tour. So Harding will be liking his lips at the chances he will be having here this week in Spain.

He has had three top ten’s over his last eight appearances and looks to be playing well within himself. OK so a missed cut last week was down to his horrid start where he kicked off with a 75, but we followed his second round where he holed pretty much everything to shoot an impressive 67 in the end just missing the cut.

We also had a good chat with his caddie today, and he said the next win is not far away and this place could be the kick start for a great finish to 2021. He was also only two shots away from the win here last year. So a horses for courses fit still be a banker for the week each way.

Total off the cuff pick here. If there was ever a player who could come close as a seasoned Pro win this week its David. As we saw again with Ross last week the old guards love the older horses for courses tracks and this place suits David very well. He is making cuts well so should be in over the weekend and a four time winner on the ET could be number five.

Tyrrell and Fazio designed courses are a match made in heaven.

He will be coming in as one of the favourites purely down to his previous history here, he has gone 14TH – 6TH – 3RD since 2018.

He played well at the Alfred Dunhill just missing out winning the event only two shots back from Danny Willett.

The team caught up with him when he played the Palmetto at Congaree where he nearly picked up his second PGA tour title. Things seem good and even after the disappointment of the Ryder Cup he is still in good spirits and looking forward to climbing up the FedEx rankings.

Class player and the putter is hot so watch out field.

Always a good return for us whenever we have played him. This week again is a no brainer bet for us.

How has he not won this event in the past has been a mystery, I feel that now he is ready to go on a great run of wins having already won the Zurich this year, I believe he will win this event and it’s only a matter of time.

We have tipped at the last two Masters and he has not disappointed we have laid out £20 and he has returned us £107.95 so expect another profitable week from him here.

He is that sort of player who when he likes a track he always seems to turn up and play well at. This place is no exception he has gone 3RD/7TH/3RD/11TH

He will need to up his greens in regulation this week in order to win it but he is such a class player he could do this easily.

So if you are looking a player suited for around here and a desert type course then look no further than Talor.

He is set up for scoring well around here, the boxes he ticks around here are:

And what a run he seems to be on right now as well. He has come out the blocks for the new season firing. Fourth place at the Fortinet and then a great eleventh place finish at the Shriners.

Plenty to like and can see another big week from him.