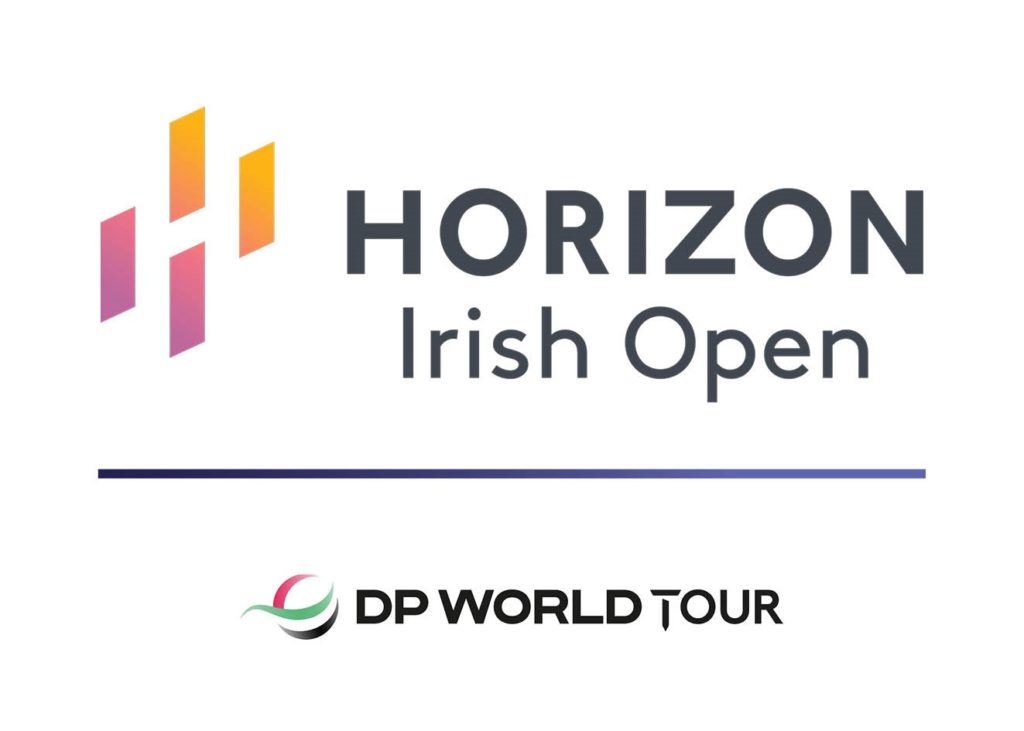 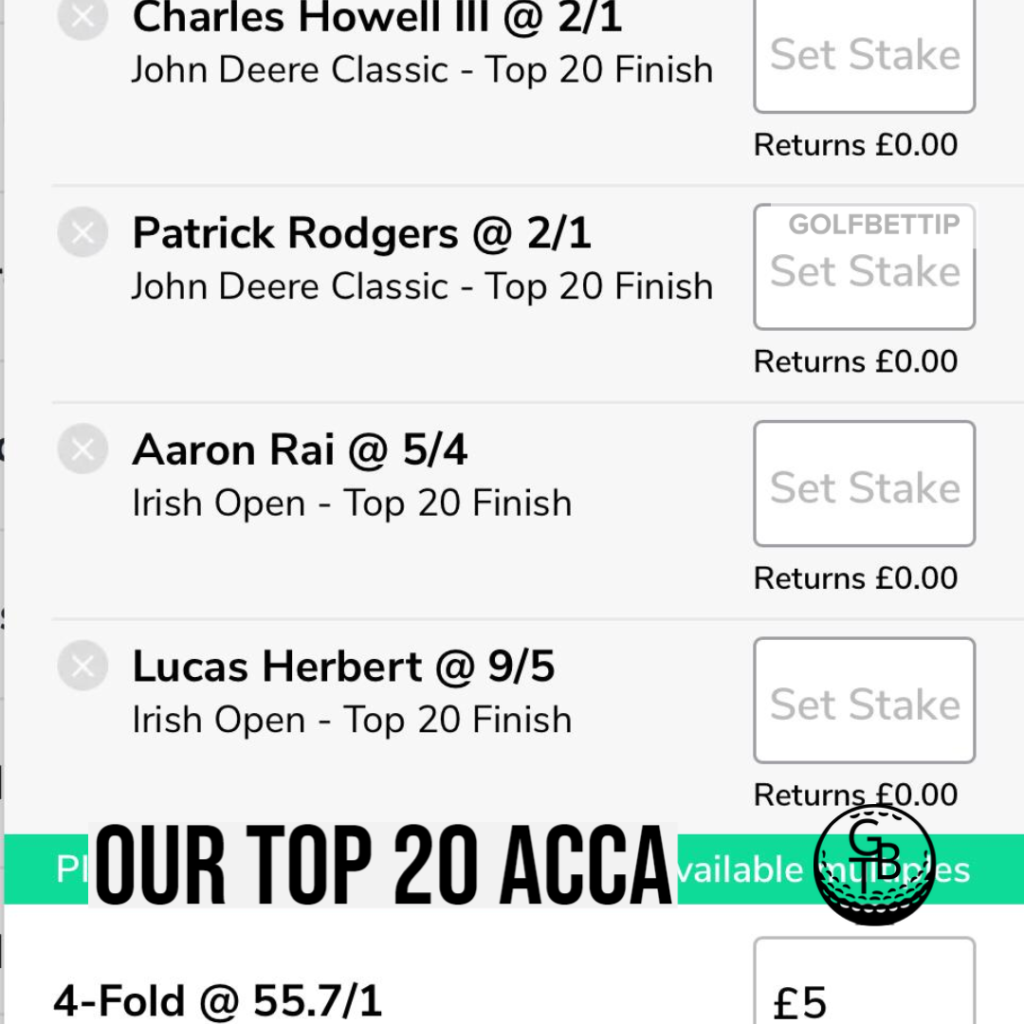 The John Deere Classic is a professional golf tournament on the PGA Tour. It is played annually in July, the week before The Open Championship, at TPC Deere Run in the Quad Cities community of Silvis, Illinois.

From the event’s inception in 1971 through 1974, it was played at Crow Valley Country Club in Davenport, Iowa. It then moved to Oakwood Country Club in Coal Valley, Illinois from 1975 to 1999. Beginning in 2000, the event has been at the TPC at Deere Run in Silvis.

In 2005 and 2006, the tournament generated more media coverage because of the sponsor’s exemptions given to teenager Michelle Wie. The 2013 edition saw Jordan Spieth, two weeks shy of his 20th birthday, become the first teenager to win on the PGA Tour since 1931.

Since the introduction of the Open Qualifying Series, the John Deere Classic is a final chance for a player not already exempt to earn entry into The Open if he finished in the top five. In order to help attract players who will compete in the following week’s Open Championship, since 2008 the John Deere Classic has sponsored a charter flight that leaves the Quad Cities on Sunday night and arrives in Britain the next morning.

TPC Deere Run is an 18-hole golf course in the central United States, located in Silvis, Illinois, along the Rock River. It is operated by the PGA Tour as a member of their Tournament Players Club network of golf courses and plays host to the annual John Deere Classic, part of the tour’s regular season schedule. It is usually held in July, the week preceding The Open.

TPC Deere Run was designed as a stadium course by D. A. Weibring Golf Resources, in association with PGA TOUR Design Services, and plays 7,258 yards (6,637 m) to a par of 71 from the championship tees.

The course record is 59, shot by Paul Goydos in the opening round of the John Deere Classic in 2010.

There was perhaps no architect more suited to craft TPC Deere Run golf course than designer, D.A. Weibring. As an Illinois native and three-time champion of the Quad Cities Classic (the forerunner to the John Deere Classic currently hosted by the club), Weibring knew exactly how to bring out the best of the picturesque Mid-Mississippi River Valley landscape while staying true to the PGA TOUR’s standards and traditions.

Weibring instilled an old-time feel to the TPC Deere Run golf course, providing a great blend of challenge and playability. “It has all the things I think you’d like to have in a golf course,” says Weibring. “There are elevation changes, great views and scenery, hardwood trees. You have the Rock River complemented with small ponds and deep ravines… and best of all, there’s no real estate. What’s more, the natural features of the former Arabian horse farm high above the Rock River Valley have not been compromised.”

Some of golf’s greatest names have found themselves seriously challenged by the risk-reward layout at TPC Deere Run each year at the John Deere Classic.

The Irish Open (currently known as the Horizon Irish Open due to sponsorship reasons is a professional golf tournament on the European Tour. The title sponsor is currently Dubai Duty Free.

The Irish Open was first played in 1927 and was played annually, except for the war years, until 1950. There was a tournament in 1953, but the event was then not played again until revived in 1975. It has been contested annually since then. From 1963 to 1974 Carroll’s sponsored a tournament, generally called the Carroll’s International and in 1975 they became the sponsor of the Irish Open which became known as the Carroll’s Irish Open.

The Irish Open is one of the European Tour Rolex Series events. The Rolex Series started in 2017, with each tournament in the series having a minimum prize fund of $7 million. The date was moved to early July, two weeks before The Open Championship.

Since 2014 (except in 2016), it has been one of the Open Qualifying Series with the leading three players who have not already qualified and who finish in the top ten, qualifying for The Open Championship.

The Mount Juliet Estate was named by the Earl of Carrick after his wife Juliet, and consists of a Georgian manor home set on a hill overlooking the River Nore, surrounded by over 1,500 acres of land. It was purchased in 1987 by the Killeen Group, who proceeded to develop the estate, incorporating a hotel, stud, golf course and residential properties.

In 2002, a deal was signed that saw the hotel, spa and stud join the Conrad Hotels brand operated by Hilton Hotels Corporation. That arrangement was terminated late in 2009. In 2014, the estate was purchased by the Tetrarch group. The hotel also has a Michelin starred restaurant, the Lady Helen.

The par 72, 7,300-yard (6,700 m) Jack Nicklaus designed golf course opened in 1991. It was voted the Best Parkland Golf Course in Ireland by Backspin Golf Magazine in 2008 and 2010. There is also a full 18 hole putting course set in the grounds of Mount Juliet House, which is the venue for the annual National Putting Championship.

Mount Juliet was the venue for the 2002 and 2004 WGC-American Express Championship, and hosted the European Tour’s Irish Open on three occasions between 1993 and 1995. The event is scheduled to return in 2022. The course was also visited by Shell’s Wonderful World of Golf in 1997, for a challenge match between Tom Watson and Fred Couples.

Bit of a hit and miss creature for me is Scott. Has his fair share of missed cuts but also throws in some great weeks at certain venues and the John Deere Classic seems to be one of these events he turns up at and seems to like and feel good around here.

His last five trips have resulted in four cuts made with one top five and two top twenty finishes.

The team were in his group at the Charles Schwab it was only his poor scoring final day that cost him the win that week and of course the brilliance of Sam Burns shooting 65 to close the deal.

For me nothing really shouts out to me with regards his stats but the boys feel this place could be a great chance for him to make a name for himself and get that fourth PGA Tour title. Has been looking good on the range and short game and putting also on point. Going to be a big watch this week.

I just love the way John is playing right now and feel this week could be yet another step up the world rankings.

Trending in the right direction:

What I think since last week is the putter is now starting to play ball, he was up over half a stroke on the field at the Travellers where based on his previous past four events this stat was down to nearly one shot off the field average.  His irons have been pure as of late and combined that with this confidence with the flat stick watch out for some low shooting by this California State college master class in the making.

Runner up here back in 2017, I just like his chances again this year to improve on that and maybe be picking up some silverware.

His season has been fairly quiet with a hell of a lot of missed cuts, but this seems to follow the trend of a lot of the players in the line up here this week.

He has found something that seems to be working for him of late that is proven in his previous results for sure, making six cuts in his last seven events is a big step forward.

He is yet to win on the PGA Tour and feel this will be his breakthrough year.

I saw quite a bit of his golf when I was at the Fortinet Championship last year and followed him in round four that week and was very impressed when he closed with a 67 to finish in a tie for sixth.

Plus points for this track for me are his greens in regulation and his driving distance combined with being what looks like a very good putter on these greens here this week.

Steady banker for us in the past could be a great value bet here. Loves this course so should do well

A player in great form and should have another good week.

Going for Mr Molinari again this week he gave us a good run out at the Porsche Open at the start of June for those of you that remember, he placed in 5th in the end that week and got us back £30.

I remember working at the Celtic Manor Ryder Cup when everyone was shouting “There’s only two Molinari’s!! Two Molinari’s” in the four ball match against Cink & Kuchar and we started saying to Cink he’s got more hair than you hahaha. But with the weather conditions and the tough set up of the course both Molinari’s proved that week they can handle these conditions.

Edoardo was the rookie that year but be looked at home. I feel right now he is playing the better golf of the two brothers and should also continue that descent play here this week.

Based on his Major record his best performance was at the Open Championship in 2014, he enjoys the tougher courses and this week is right up there so could he be back in the winner’s circle I feel so very soon.

Again yet another great play here with Richie this week. Horses for courses fit and more. So his last win was quite some time ago now back in 2015 at the Trophee Hassan.

Since then his closest chance to winning again was in fact here at the Dubai Duty Free Irish Open where he was in the end runner up to a very on form Jon Rahm who smashed the field that week by six shots.

I personally think he has plenty of wins still to come and could be another player where his best golf comes later on in his life. His last five events are also good reading.

Got the ball flight to score well here, very straight off the tee with a good greens in regulation stat.

The putter drills have looked good here already so if the flat stick starts to work then who knows.

This could be yet another banker for us and what a way to kick start July.

We have backed him twice so far this year 100/1 at the Honda then again at the Canadian 100/1 where he had a great week just missing out on a place for us in the end. His odds will be a lot shorter here but I still want some of the action.

Plus points for me:

Could also be a contender for a first round leader bet here? Should start strong watch this space.

Showing great form if he carries this on here then no reason for yet another strong finish.

Twice a winner in Ireland on the Challenge Tour, with his last being only last year at the Irish Challenge. He likes it here, big step up but could do well.