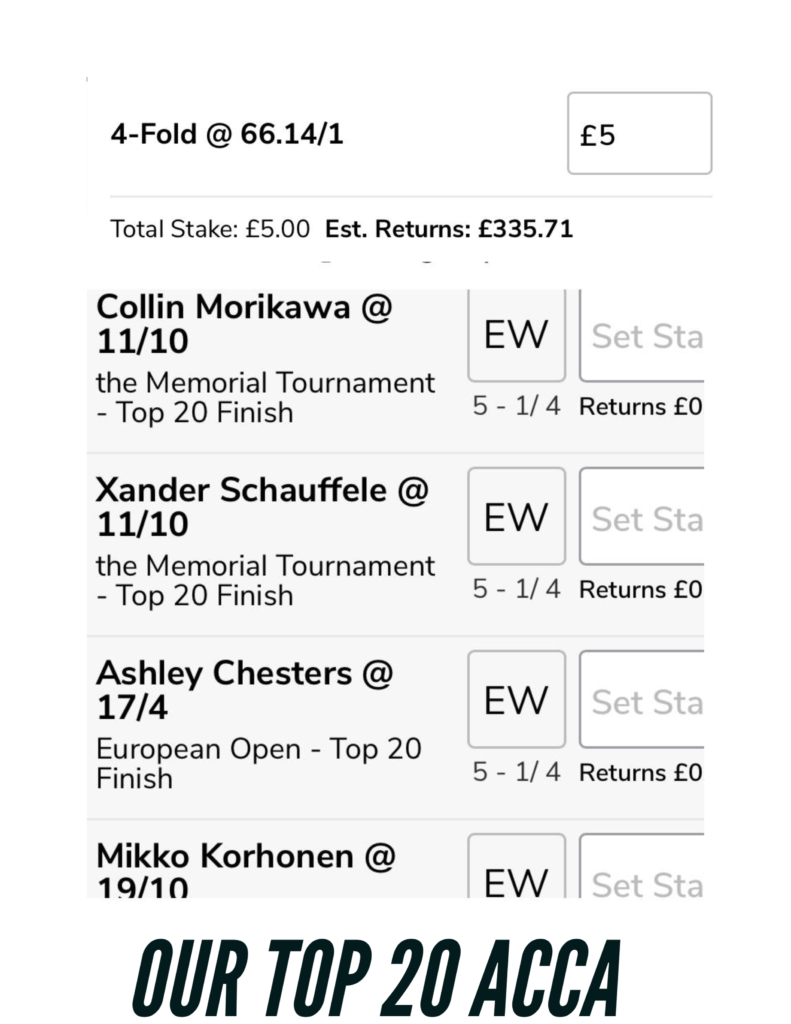 The Memorial Tournament is a PGA Tour golf tournament founded in 1976 by Jack Nicklaus. It is played on a Nicklaus-designed course at Muirfield Village Golf Club in Dublin, Ohio, a suburb north of Columbus. The golf course passes through a large neighborhood called Muirfield Village, which includes a 1999 bronze sculpture of Nicklaus mentoring a young golfer located in the wide median of Muirfield Drive.

Muirfield Village is controlled by Nicklaus, and he has regularly made changes to the course in order to accommodate new technology, make the course more enjoyable for members and tournament spectators, or simply offer a tougher test for the pros. In the 2010’s changes included lengthening several holes, including the first, tenth, twelfth, and seventeenth, adding bunkers, particularly at the tenth and seventeenth, and rerouting a stream on the eighteenth hole. In 2013, the eighteenth hole was lengthened by 40 yards. He also made changes to the clubhouse and driving range. He added several suites overlooking the 18th hole and completely remodelled the inside of the clubhouse and renovated the exterior as well. In 2014, Golf Digest rated Muirfield Village as the number one golf course in Ohio.

MVGC closed and underwent a large renovation after the 2020 Memorial Tournament. The deadline was tight, as the tournament was nearly a month and a half later than its normal June slot due to the COVID-19 pandemic. Sod on the greens started being removed as the final group was leaving each green during the final round. Every green complex was redone, bunkers were enlarged and deepened, and some positions of greens were moved. The biggest changes were made on the fifth and fifteenth holes, and there were no changes made to the twelfth and fourteenth holes. Nicklaus called this renovation “his final bite at the apple”, implying this would be the final major renovation in his lifetime.

The Porsche European Open is a professional golf tournament and annual event on the DP World Tour. It was held at various courses around the UK and Ireland before taking a hiatus after the 2009 edition. It returned to the tour in 2015 and has since been played in Germany.

Green Eagle Golf Courses took over hosting duties in 2017, and with a championship course length of 7,831 yards, it is the DP World Tour’s longest course. With water hazards on all but 1 hole and strategically placed bunkers surrounding the greens, the European Open has also become one of the trickier events on the tour – it’s not uncommon to see even top-level pros come unstuck.

Germany’s most difficult course, the longest on the European Tour and a management duo never short of ideas. The Green Eagle Golf Courses with its Porsche Nord Course, venue of the Porsche European Open, has in many ways its very own character. Those visiting the complex are no longer surprised by the “Green Eagle Table Water” or the fact that the rough is kept short by the local flock of sheep. Change is however the most exciting highlight of the Porsche Nord Course.

He is slowly finding his game right now and looked good last week at the Charles Schwab.  Last week was his best finish this year and plenty to like. Greens in regulation now starting to improve and we can just see that the way his iron play is and its looks great out here this week.

He is due a week where he will hole everything as he is such a great putter, I feel this week at Muirfield could be just the ticket for an amazing short game and putting display and could be setting him up for another great Open Championship this year where his odds are at the moment 80/1 I see this dropping to around 50’s before we kick that week off.

Watch this space trending in the right direction should make the cut and have another solid week.

Kevin is a very streaky player and that is why I have thrown him in this week. He performs best on tougher courses and this place will be right up his alley. Plenty of missed cuts so far this season but when he makes a cut he normally turns up over the weekend.

We were with his group this year at the AT&T at Pebble Beach he started round one great shooting a 67 then folded in round two to score a poor 77. We then caught up with him at the Honda a few weeks later and it was a complete different player having a great top twenty finish that week.

Muirfield is a place he seems to like to play and last year his final round was only bettered by Jimmy Walker so plenty of good vibes and at this price could be a good place shout and you never know.

I feel we are now over the BMW Wentworth last year when he beat our 250/1 Kiradech.

He just had one of those weeks at the Charles Schwab, in fact his golf was solid shooting rounds of 72-71 just missing the cut. The advantage for us is he got here early and we caught up with the Hammers fan. We followed him around the back nine and we were very impressed and he seemed to be enjoying the course set up and found the greens to his liking.

This year alone he has come close to winning the Arnold Palmer, WGC Match Play, WM Phoenix and the Zurich of New Orleans. So not a bad year really just missing that winning round and feel here it could be his time.

Proper grinder of the game and if in contention should seal the deal for us and be blowing bubbles all the way to the bank.

Coming in here well rested and looking ready for this test here this week. Last outing was at the PGA Championship which was an ok week for him. He just needed to work on his short game and a new coach seems to have worked magic so look out for him to get it round here low. Top ten here last year so should be plenty more of the same.

Another great player who seems to score well on tough courses he will be up for the challenge here this week. The PGA where we tipped him he missed the cut so he owes us a good week. The team counted the putts made from over 20ft in his last practice round was over 8 holed out. WOW!! Could be running away with it if that putter plays ball.

Loving this first pick of the week the whole team agrees he is the one to watch this week.

Slowly hitting some great form of late at the Catalunya Championship he was rolling back the clock playing some of his best golf in years. It was a top ten in the end and only a poor final round saw him slip the wrong way on the leader board.

To think when he was at his prime he reached the world number 14 now a distant 262 has been a big drop. I just feel class is permanent and from what we have seen of him over the past couple of months we think this track could be his bread and butter.

NAP of the WEEK

This pick has come hot from the course the boys reckon he is the man for the job this week.

They were with Jordan in Spain and had a great week with him and his team and he was looking forward to playing this course here at the Porsche Open and for good reason he seems to perform well here over the past few years. Winner here in 2017.

Driving accuracy will be key around here and he ranks inside the top ten with a 63% this backs up his good greens in regulation where he ranks first on the DP World Tour.

Putting has been the issue in some of the final rounds stopping him winning more events but from what the team have seen with his putting stroke he looks good on these greens. Defo one to watch.

With so many golfers these days winning for the first time who have been around for years could be the same story for Ashley this week.

I feel he is slowly finding his grove again after an indifferent season so far. The progression just in the past few weeks has been noticeable. Tied 44th at the Soudal Open with a costly 73 Saturday the same story at the Dutch Open last week a good 21st finish but with yet another poor Saturday 74.

He is well overdue a win and a solid four rounds together could get this done for him. In fact two of his best ever results have come at this venue tied eighth in 2017 and then tied ninth in 2019.

Liking his chances and this place likes the record books so could he do this.

One of our hot picks from the Challenge Tour flying at the moment and could have a great week here. His best result on the DP Word Tour was in fact here in 2019 where he was the runner up great value and if he makes the cut who knows.

Played well last week keeping him in again here should have another good one.